I have been singing, entertaining, and producing professionally for more than twenty years, launching my own business in 1998. I currently live in the Indianapolis, IN area and perform nationwide for a plethora of events.

Theater is very dear to my heart, and I have had the privilege of being a part of many plays, musicals and other theater performances in multiple states. Past groups and theaters I have performed with include Kismet for Einhorn Players in NYC, the community theater in York, PA, and the Actors Playhouse in Boston, MA, where I performed in such plays as Neil Simon’s “The Gingerbread Lady”, Agatha Christie’s “The Unexpected Guest”, and John Willard’s “The Cat and the Canary”, among many others. Some of my favorite roles have been playing Mrs. Tancred in “Juno and the Paycock” and Esther in “The Price”. My experiences as an actress help me portray famous personalities like Marilyn Monroe for shows I perform now.

You can get a taste of the variety of acts I perform by looking at all the shows I’ve done in my previous home, Boston, MA, where in the past four years I have produced and performed a Mother’s Night Out show, Holiday Concerts, a St. Patrick’s Cure for Cancer Concert, and a classic Concert in the Park. Click here to see a recent performance in Indiana (go to 6:23min).

“As a pianist who has accompanied many singers, I can say that Liz Young is one of the most versatile and remarkable singers I have ever worked with; she has a very wide range of songs and styles, a rich and beautiful quality to her voice.  She was born to be an entertainer.”

“Elizabeth brings you into the meaning of a song, appealing to your heart and funny-bone. Whether booking her to sing American song book standards at a formal awards ceremony, featuring her on television singing classic hits, listening to the special song she performs for your loved ones, or as singing Mrs. Santa for the annual Boston Police charity event, you won’t be disappointed.” 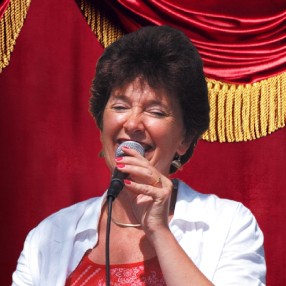